Marie L. Connelly passed away peacefully on December 8, 2018 at the age of 94. She was the eldest of the eight children of Lorenzo and Mary Chunga. A proud Navy veteran, Marie served her country during World War II working for the Joint Chiefs of Staff while stationed in Washington, D.C. After the war she was a member of the American Legion Auxiliary in both Brooklyn and Long Island. She married Arthur B. Connelly in 1948, and together they were parents to Arthur Jr., Marianne, Lawrence, and Kevin.

Marie worked for thirty years for Chase Manhattan Bank at their national headquarters in New York City. After her retirement, she did volunteer work at a local senior center before returning to the workforce as an office assistant at Nassau Suffolk Law Services in Hempstead.

She was born in Brooklyn and raised her family there until she moved to Baldwin, N.Y. where she was close to her parents, sisters, and brothers. Here she was a congregant of St. Christopher’s Parish and active member of their Rosary Society.

Her life was enriched by her love for her family, including in-laws, nephews, nieces, and friends. Marie was pre-deceased by her parents, her husband Arthur B. Connelly, her son Arthur J., her sisters Anne Dennin, Alice Schuler, Paula Wilson, and her brothers Herbert and Richard Chunga. Her brother Larry and her sister, Sister Juanita of Jesus and Mary, survive her. Her love lives on in her grandchildren and their spouses: Heather Maltese Dorfer (Dan), Chris Maltese (Erica), Kerri Maltese, and Alex, Kelly, Matthew, and Morgan Connelly, as well as her great-grandchildren: Gavin, Blake, and Carson Dorfer, Landon Ziznewski, and Valentina Maltese. Her love extended to her son-in-law, David Spangler, and daughters-in-law, Angela and Marilyn Connelly.

A celebration of her life will be held on Sunday, December 16th from 1:00-4:00 PM at Fullerton Funeral Home, 769 Merrick Road in Baldwin. In lieu of flowers the family requests that donations be made in her name to St. Jude’s Children’s Hospital. www.st.judes.org 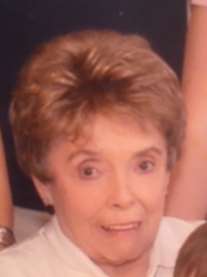 Posted by Tony Vertuccio on Dec 15th, 2018
Prayers and thoughts for Marie and the family.
Tony Vertuccio
Posted by Raymond Bloetjes on Dec 15th, 2018
Dear Marianne & David and the Connelly Family,
With sincerest sympathies. You are in my thoughts and prayers. May the happy memories of your Mom and all the times you enjoyed together comfort you now and throughout the coming days. God bless you all.